A 48-year-old man of Asian Indian origin was referred to our department in November 2020 complaining of decreased vision in the right eye for the past few days. He had a history of recurrent bilateral idiopathic panuveitis since 2018, previously treated elsewhere with methotrexate and mycophenolate. His ocular history included a left eye branch retinal vein occlusion (BRVO) in June 2020, and a subsequent diagnosis of bilateral tubercular panuveitis with retinal vasculitis made by the referring center in October 2020. The diagnosis was followed by an episode of right eye BRVO, and by the onset of right eye whitish retinal lesions a few days later. On suspicion of acute retinal necrosis (ARN), the right eye was tapped and injected with intravitreal foscarnet. At the time of the referral to us, the patient was on Prednisolone 80 mg/day and anti-tubercular treatment (ATT). The best-corrected visual acuity was counting finger in the right eye and 6/12 in the left eye. Anterior segment examination showed 2+ and 0.5+ anterior chamber cells in the right and left eye, respectively. Dilated fundus examination in the right eye showed severe vitritis and multiple whitish lesions at the posterior pole and in mid-periphery, whereas left eye showed vitreous debris in the absence of active posterior segment inflammatory involvement (Figure 1). The clinical picture of the right eye was not suggestive of ocular tuberculosis considering that the whitish lesions were retinal, with no apparent involvement of the choroid. In addition, the clinical findings were not suggestive of ARN either, considering the isolated solitary distribution of the lesions, and the location that was sparing the retinal periphery. On a careful examination of the right eye, white pearl-like precipitates were detected on the surface of the inferior peripheral retina (Figure 2). These precipitates have been reported in Behçet’s disease as in a scattered pattern, always inferiorly, 4-5 days after the onset of the uveitis attack, and disappear in a couple of weeks without any sequelae.1 The patient reported occasional oral ulcers, he denied genital ulcers, skin rashes, joint problems and gastrointestinal/genitourinary symptoms. Investigations from the referring center showed normal FCB LFT U/E ESR CRP ACE, negative Quantiferon and Syphilis antibodies, normal chest Xray and an aqueous PCR negative for herpes viruses. Based on the ocular findings and clinical course, including multiple episodes of vascular occlusion, and the presence of both whitish retinal infiltrates and white pearl-like precipitates on the surface of the inferior peripheral retina, we made a diagnosis of Behçet’s disease. The patient was admitted for a three day course of intravenous methylprednisolone, followed by Prednisolone 1 mg/kg, and advised to stop ATT. Over one week, the right eye showed a complete resolution of the vitritis and retinal infiltrates, without any retinal scarring (Figure 3). The patient was started on azathioprine (AZA) and advised to taper the dose of Prednisolone. At week 8, when he was on AZA 150 mg/day and Prednisolone 15 mg/day, left eye showed a new retinal infiltrate along the infero-temporal arcade, together with hyper-reflective dots in the vitreous cavity and mild intraretinal cysts on OCT scan. Fluorescein angiography showed mild peripheral vascular leakage in the left eye. Right eye was unremarkable. Based on the linical and imaging findings, we decided to escalate treatment to anti TNF alpha, to achieve a better control of intraocular inflammation and prevent further recurrences. Learning points include not all retinal infiltrates are infective; careful fundus examination can identify inflammatory signs which might help in the diagnostic process; the use multimodal imaging, including OCT and FFA, as a way of establishing if full control of inflammation has been achieved; escalation of treatment as needed to achieve full inflammatory control.

Browse all cases from this Case Club 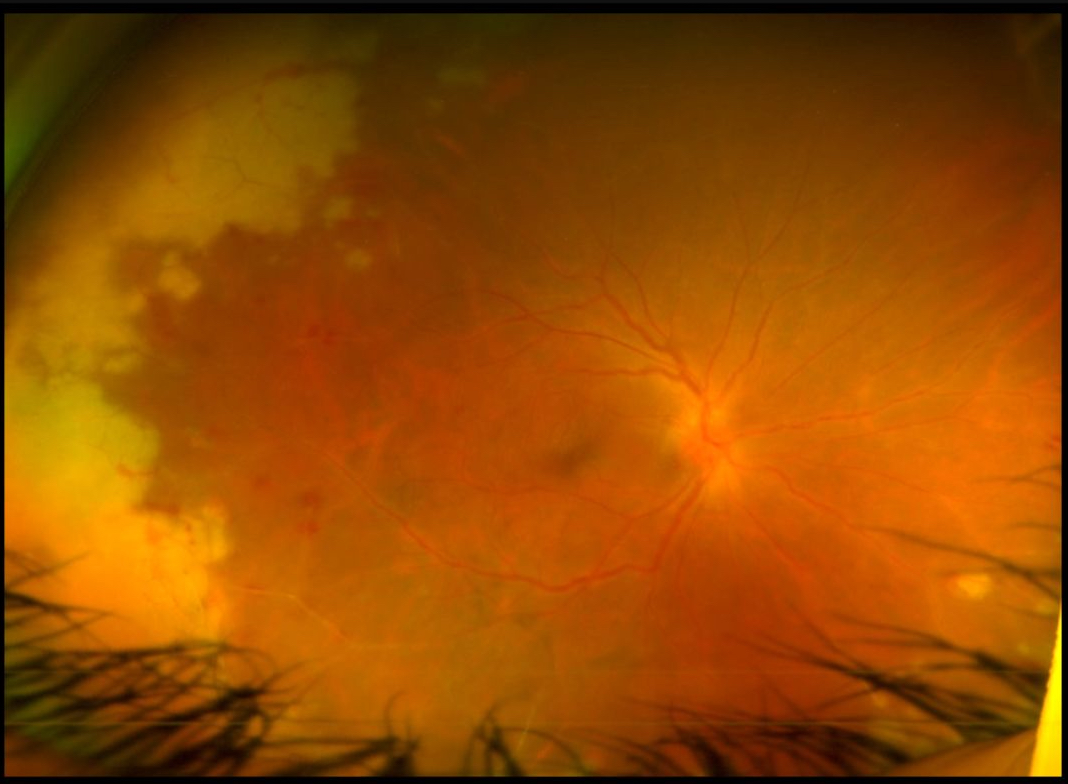 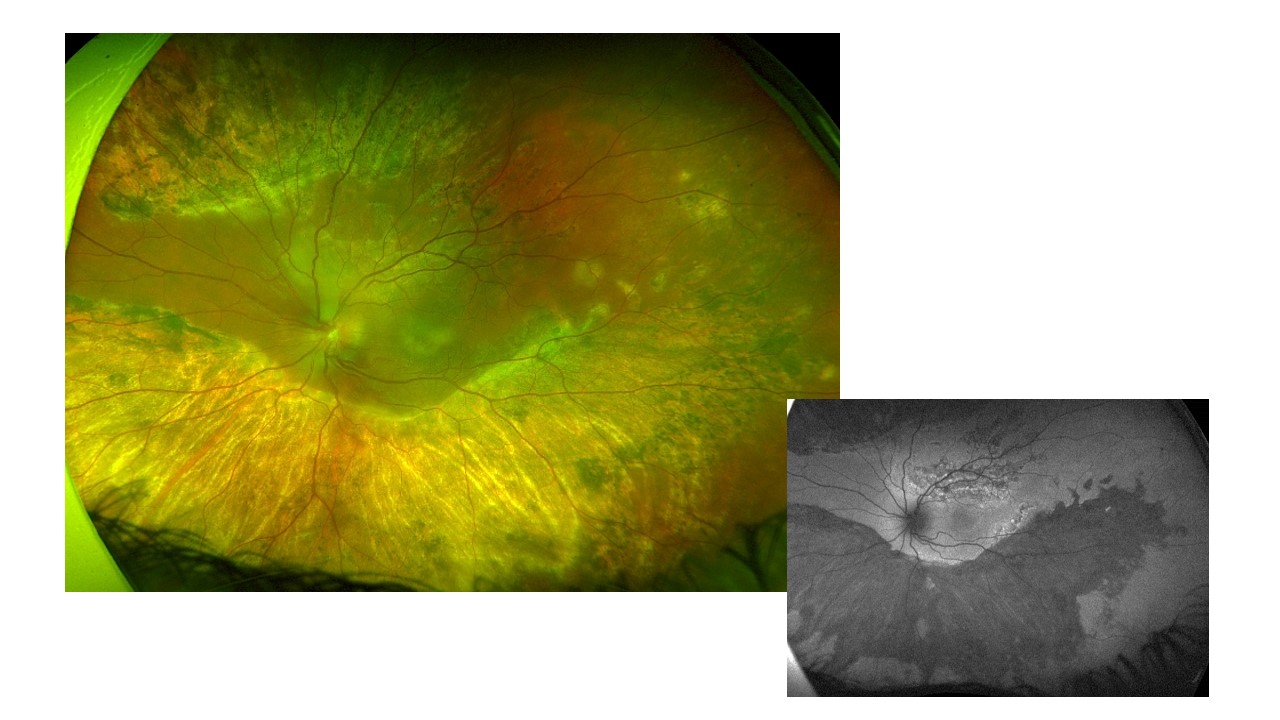 Those retinal infiltrates – what could they be? Carlos Pavesio, Ilaria Testi

When the vitreous gives you all – Bahram Bodaghi, Aurore Chauvin 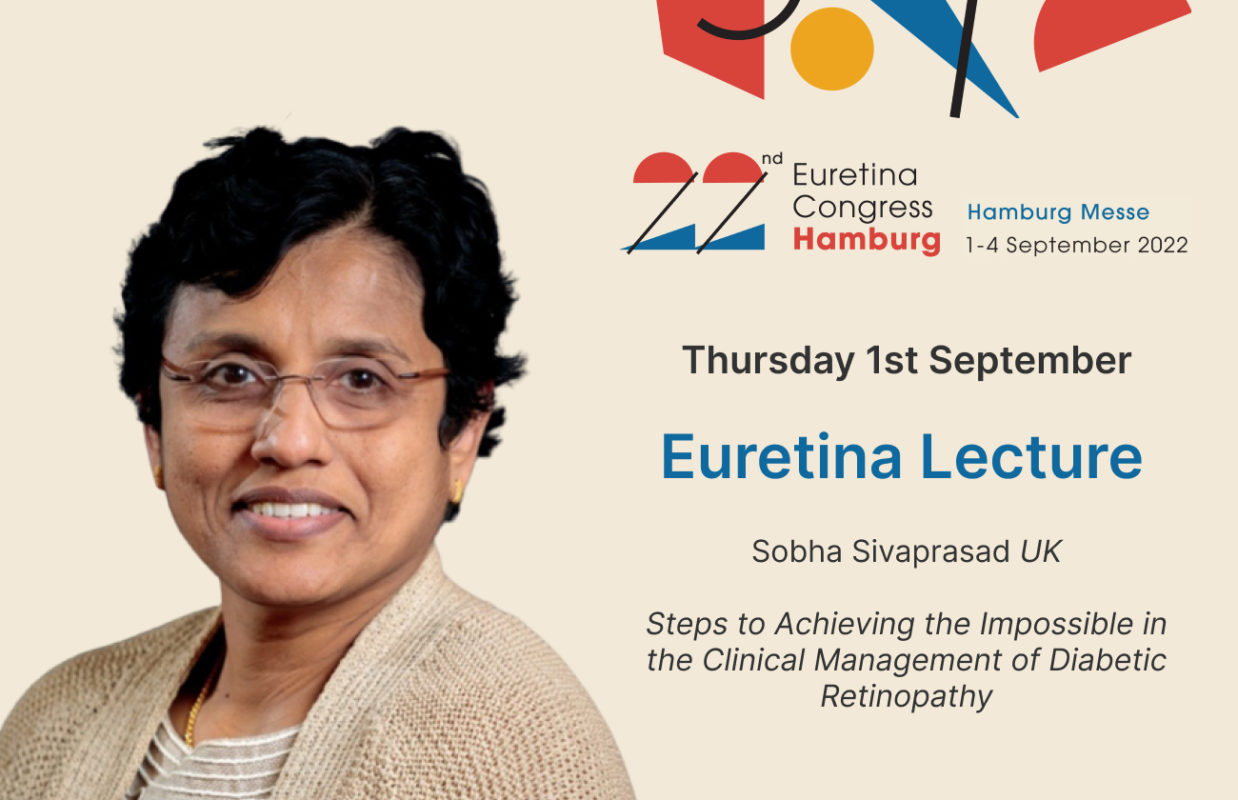 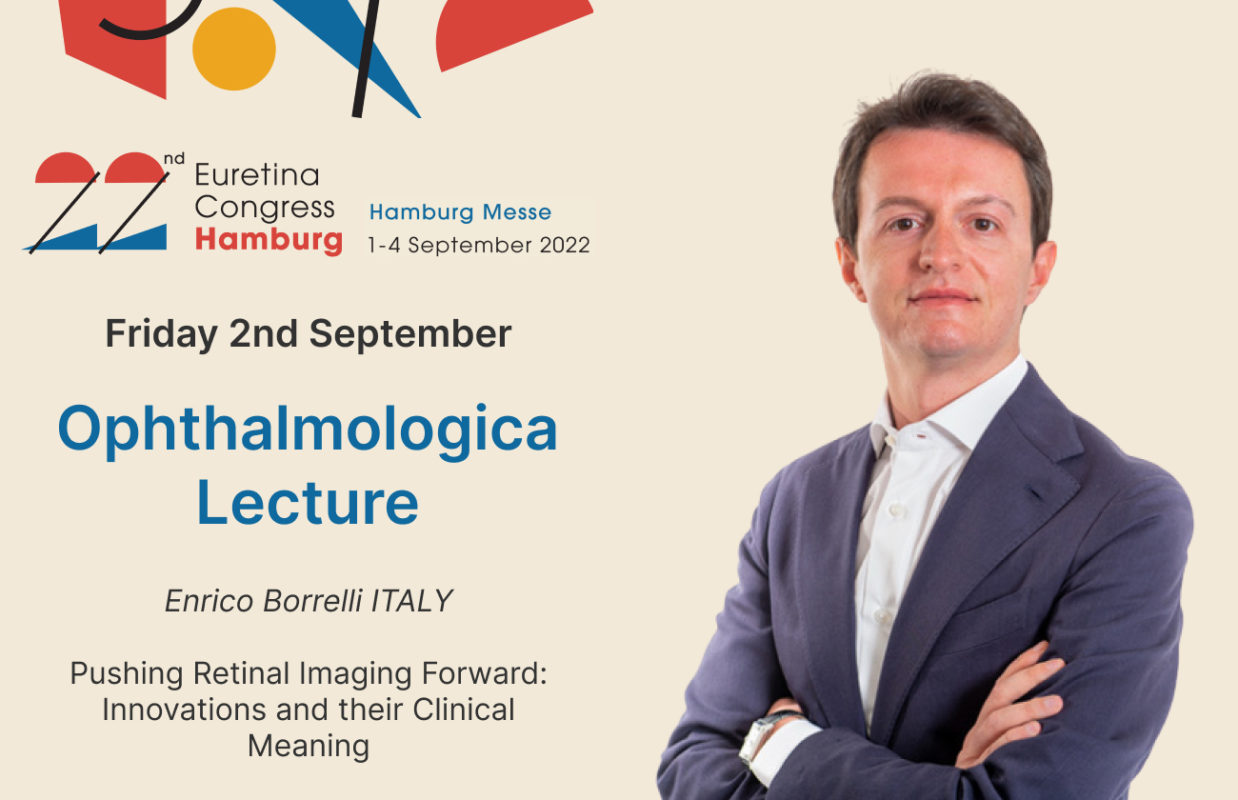 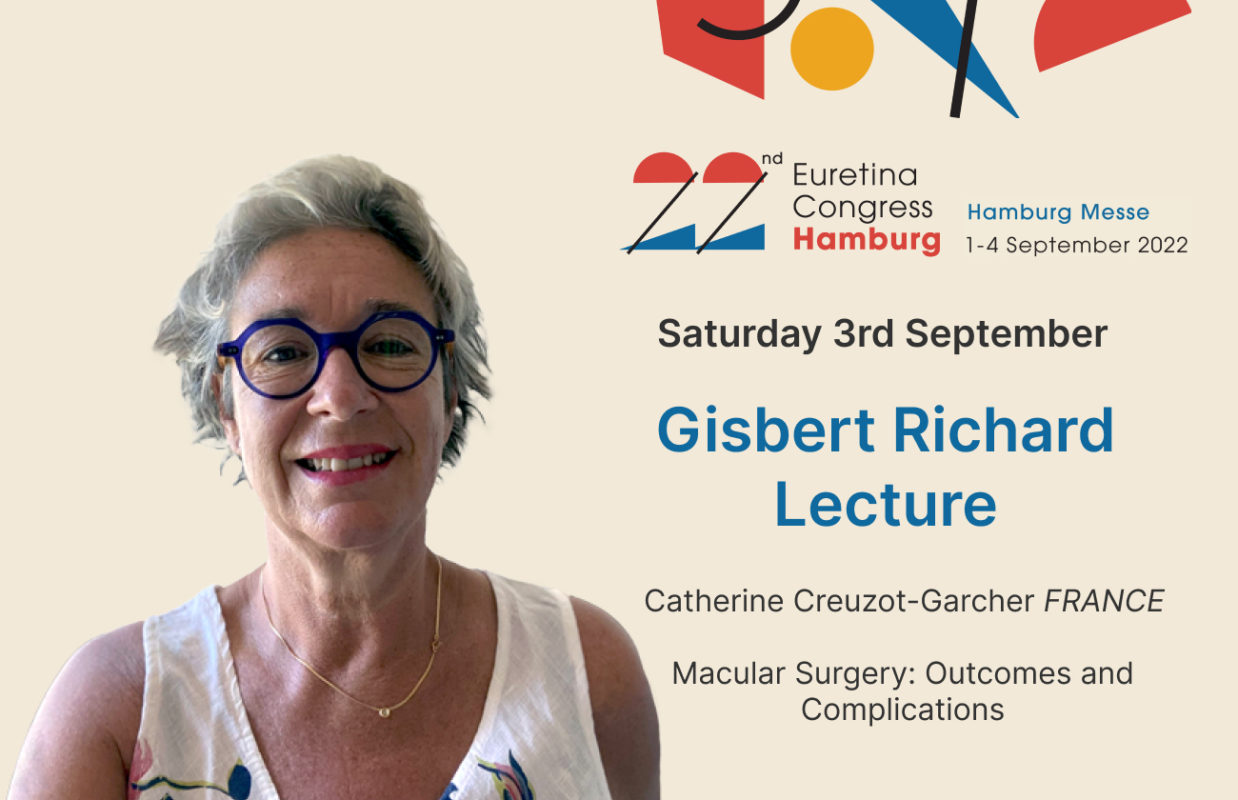 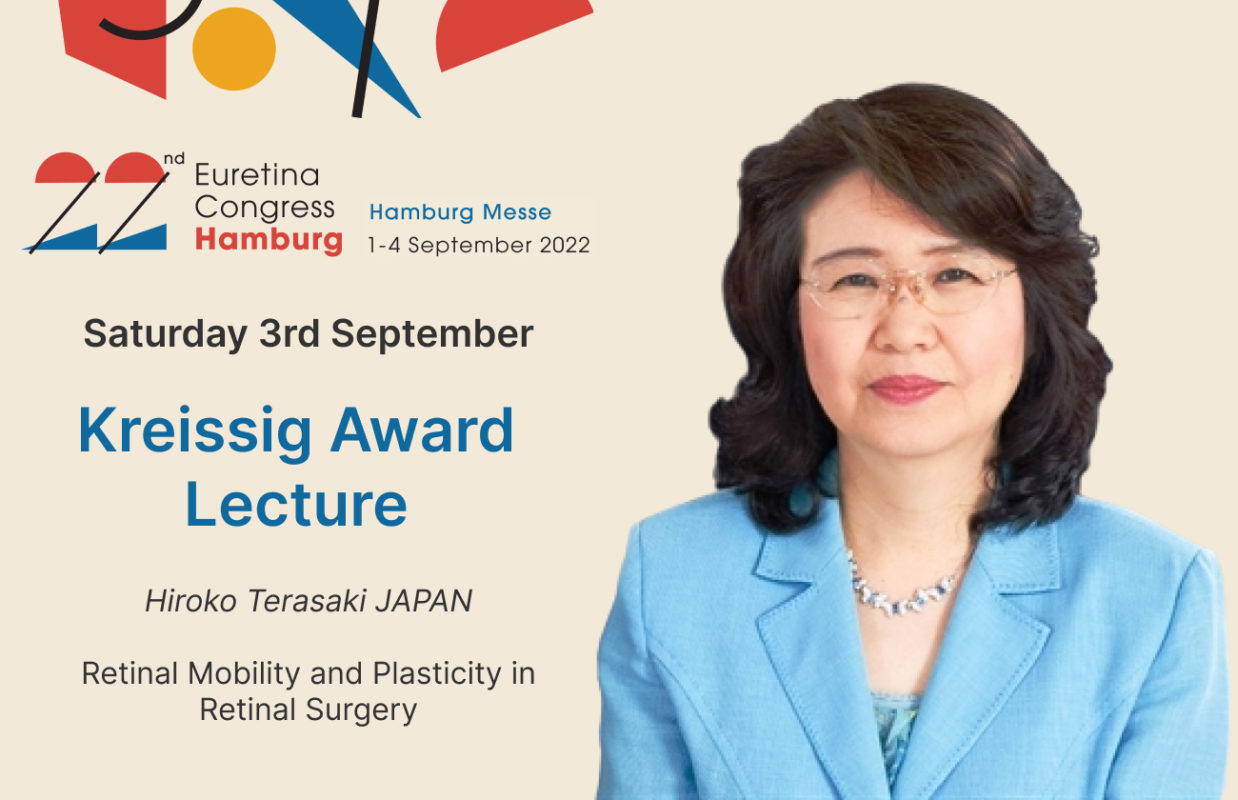